Dame Vera Lynn: An Extraordinary Life will showcase over 100 objects from the estate of the ‘Forces’ Sweetheart’, including numerous previously unseen personal items.

An Extraordinary Life will offer unparalleled insight into both the public and personal life of the singer, whose songs were crucial in maintaining morale during the Second World War. The exhibition will also reveal artworks by Dame Vera, who was an enthusiastic painter for much of her life. There will be 20 works on display, comprising portraiture and still-lifes painted at her London home, following the Second World War, and at Ditchling, where she owned a home from 1944.

The exhibition will chronicle the nine decades Dame Vera spent in the public eye, from her early days as a singer, to her wartime service in the Entertainments National Service Association (ENSA), through to her extensive post-war entertainment career and charitable works.

Dame Vera’s treasured secret diary from her three-month tour through Burma will be shown to the public for the first time. The Burma Star she was awarded in 1985 for her efforts will also be on display.

Visitors can also see the military shorts she wore when performing to the Allied troops on her tour of Burma in 1944, alongside gold discs, photographs and 20 costumes from her incredible 90 year career.

Her wartime wedding suit and the cardboard cake from her marriage to Harry Lewis in 1941 will also be on display.

A new portrait of the entertainer by Neil Gower commissioned by Ditchling Museum of Art + Craft will sit at the heart of the exhibition.

Purchase an exclusive print of Neil Gower’s portrait in our online shop. 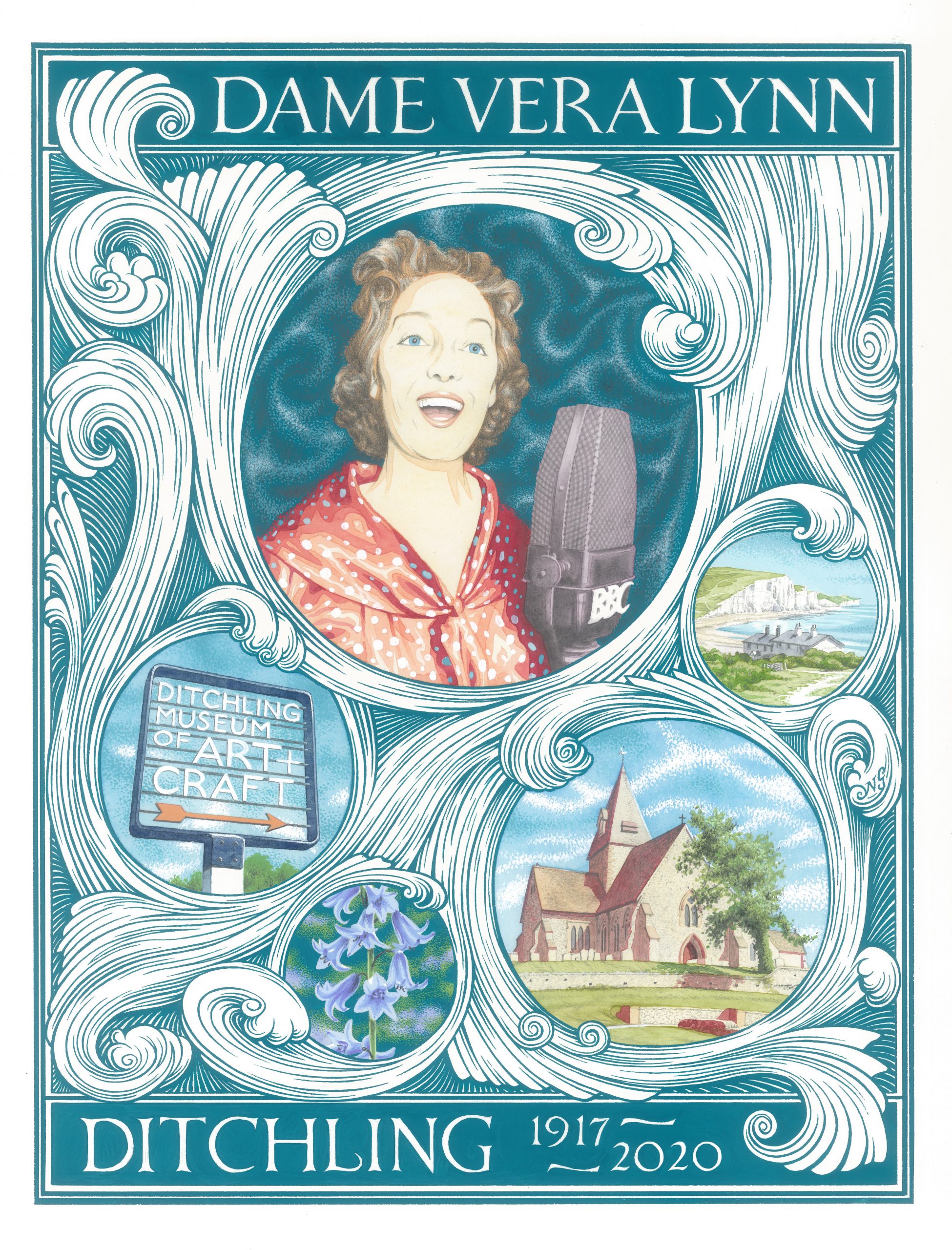