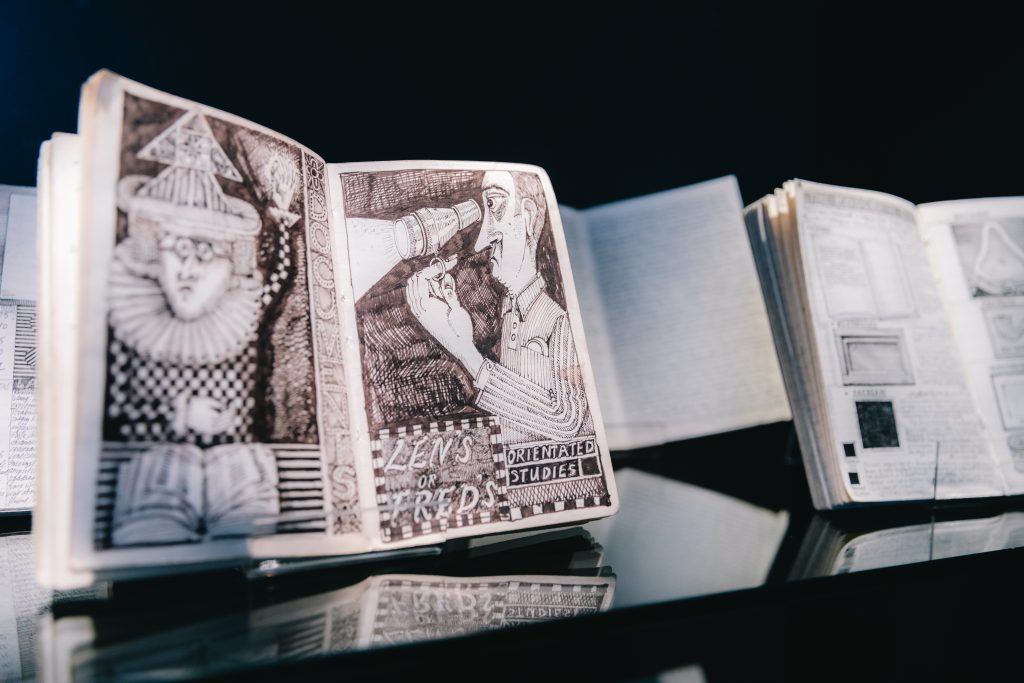 Taking a Line for a Walk

Ditchling Museum of Art + Craft celebrates an icon of illustration, alongside work for children by his students and contemporaries, now extended to Sunday 12 December 2021.

Taking a Line for a Walk marks 50 years of revered illustrator John Vernon Lord’s life and work in Ditchling. Lord is one of Britain’s most recognised and respected illustrators, owing both to his own practice, and his pioneering contribution to education across almost six decades. Lord has illustrated many classics of English literature including the work of Lewis Carroll, Edward Lear, Aesop’s fables and James Joyce and is regarded as a pillar of the local arts community in Ditchling where he has lived since the 1970s. Also an author in his own right, Lord has written and illustrated a number of children’s books including The Giant Jam Sandwich (1972), which has since become a modern classic.

‘The Jumblies’ illustration for The Nonsense Verse of Edward Lear, Cape, 1984

Taking a Line for a Walk will feature over 100 extraordinary pen and ink drawings alongside notebooks from across Lord’s career, from his student days in the late 1950s, to his move to Ditchling in the 1970s, through to a new work made in response to the global pandemic.

Examples of Lord’s early work will be on display, including illustrated advertisements for magazines such as House Beautiful in the 1960’s, as well as an extensive collection of his work for literary classics, including Alice’s Adventures in Wonderland by Lewis Carroll and Ulysses by James Joyce. These pen and ink drawings are illustrated with delicate precision, rich with whimsy and metaphor. 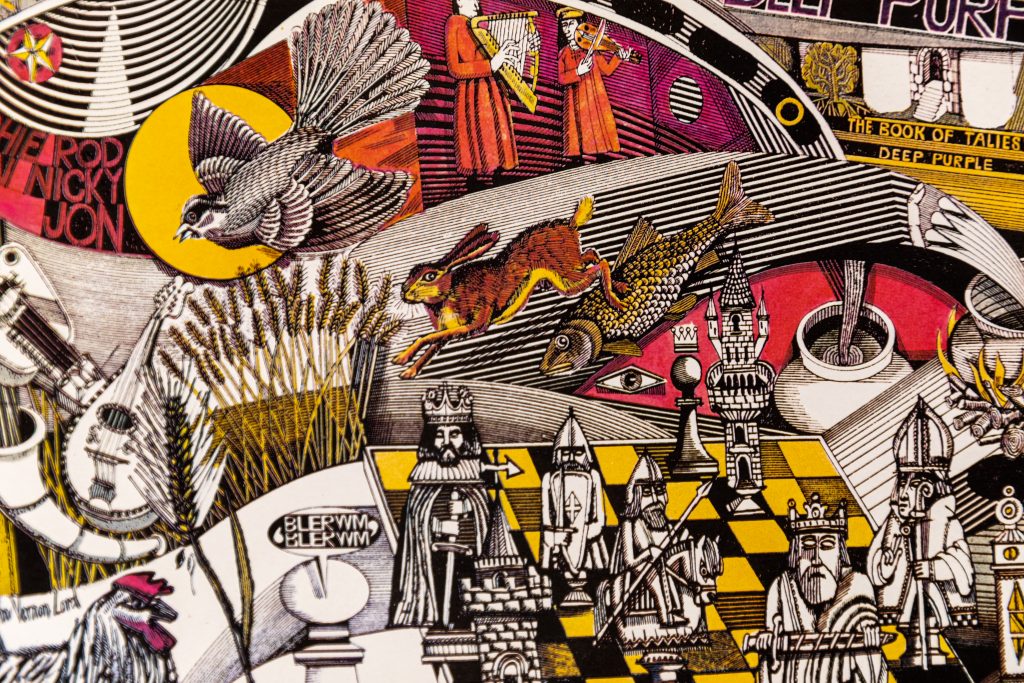 Detail from ‘The Book of Taliesyn’, record album cover for Deep Purple (1968)

Highlights of the exhibition will include never-before-seen drafts of The Giant Jam Sandwich. The book has remained continually in print since it was first published, and has been translated into multiple languages and sold across the globe. The drafts will be shown alongside the original manuscripts, demonstrating Lord’s meticulous and painstaking approach to the process of illustration. An interactive installation of a giant jam sandwich created by artist and Lord’s former student Emma Carlow will also be on display, offering visitors the chance to experience moments from the well known classic. 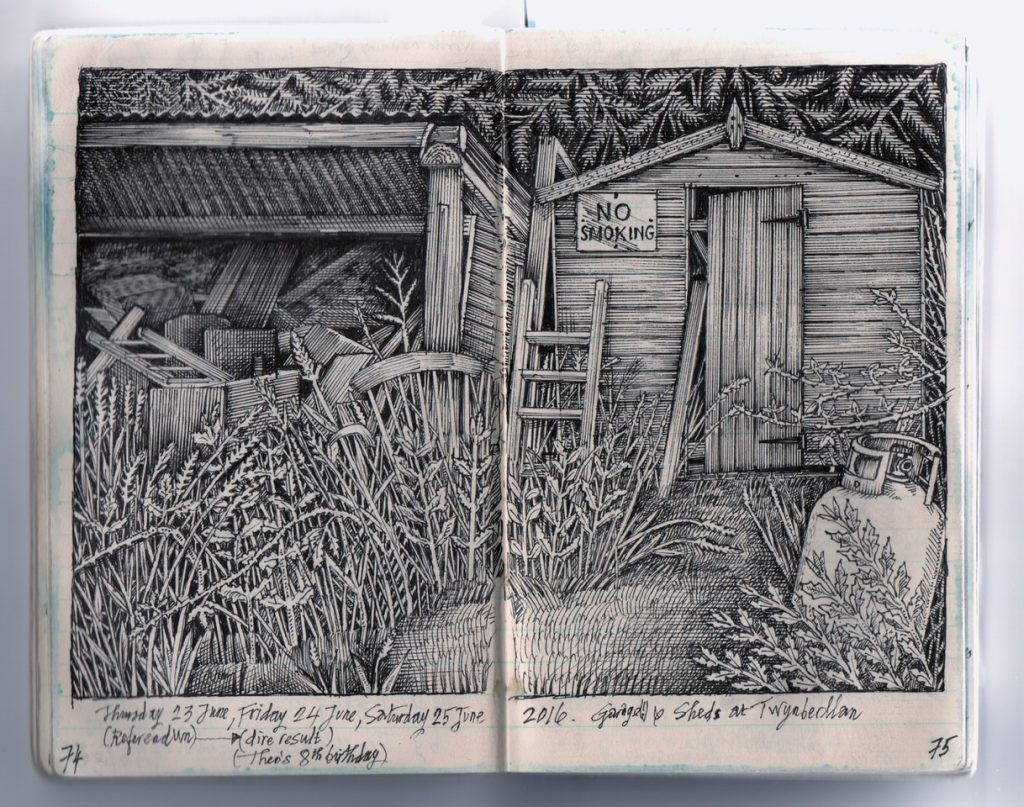 Taking a Line for a Walk will also chronicle the careers of some of the country’s most celebrated illustrators. The museum’s William & Margaret Rowling Gallery will play host to illustrations for children’s books by Lord’s former students from the University of Brighton where he taught as Professor of Illustration from 1986, including author and illustrator of the hugely successful Old Bear books, Jane Hissey and children’s author and Observer political cartoonist, Chris Riddell OBE. 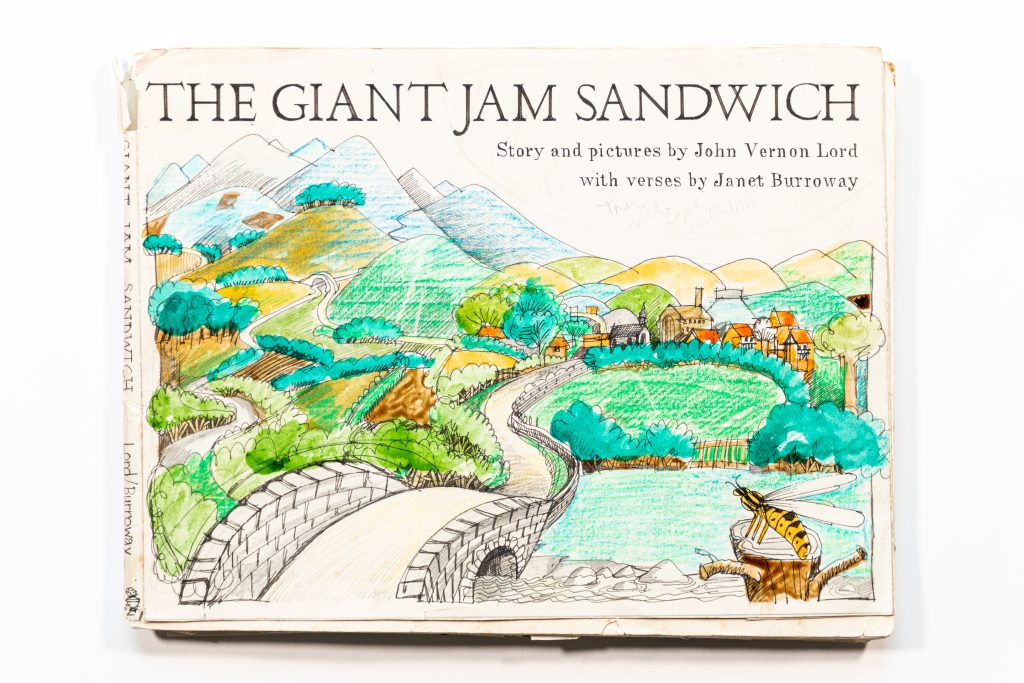 These pieces will be presented alongside original artworks by Lord’s contemporaries, including Peter Bailey’s illustrations of Phillip Pullman’s His Dark Materials; works from Voltaire’s Candide illustrated by Quentin Blake; Oi Get off Our Train by author and illustrator John Burningham and Helen Oxenbury’s illustrations in Trish Cooke’s modern classic, So Much. 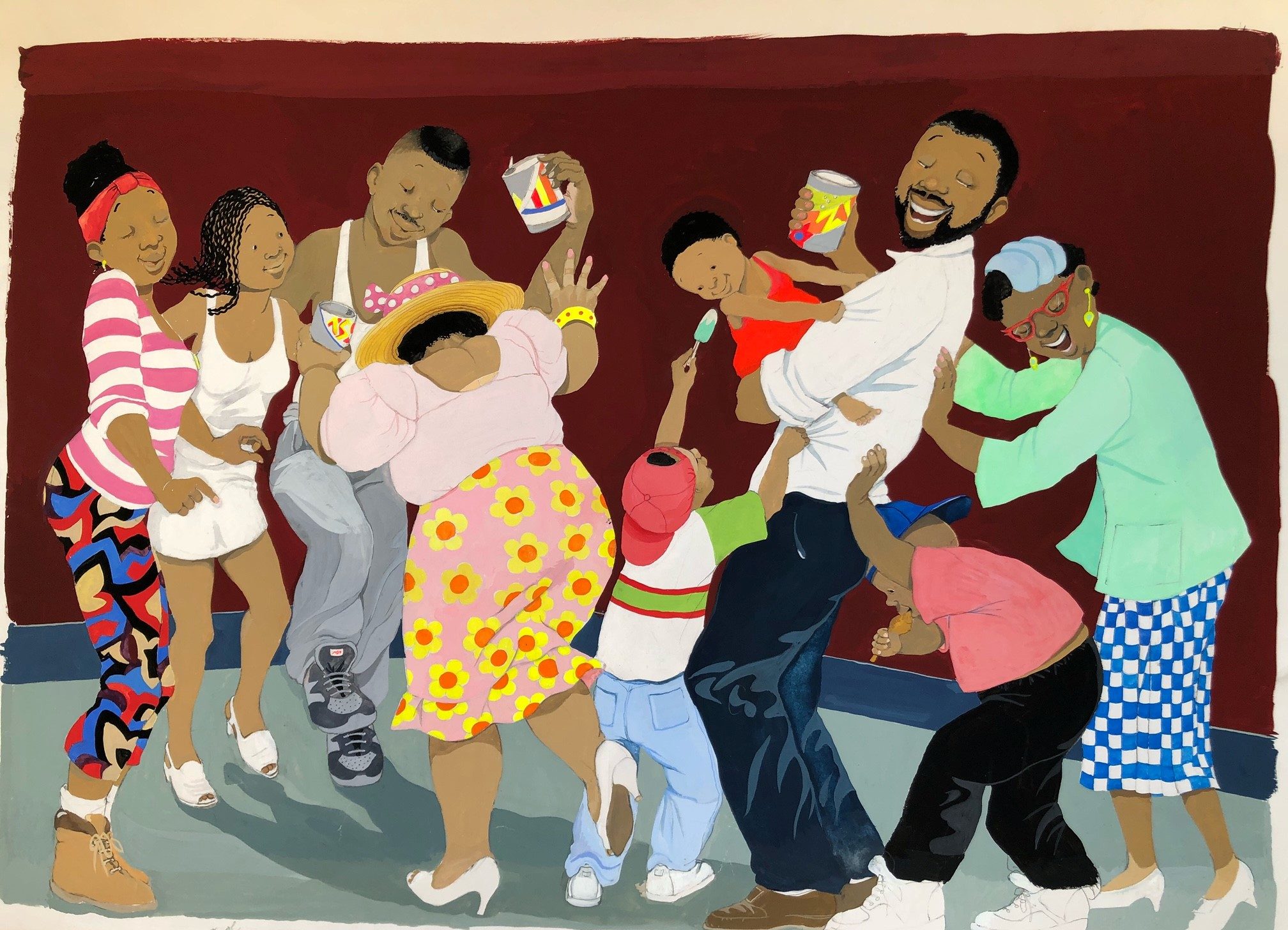 So Much, by Trish Cooke 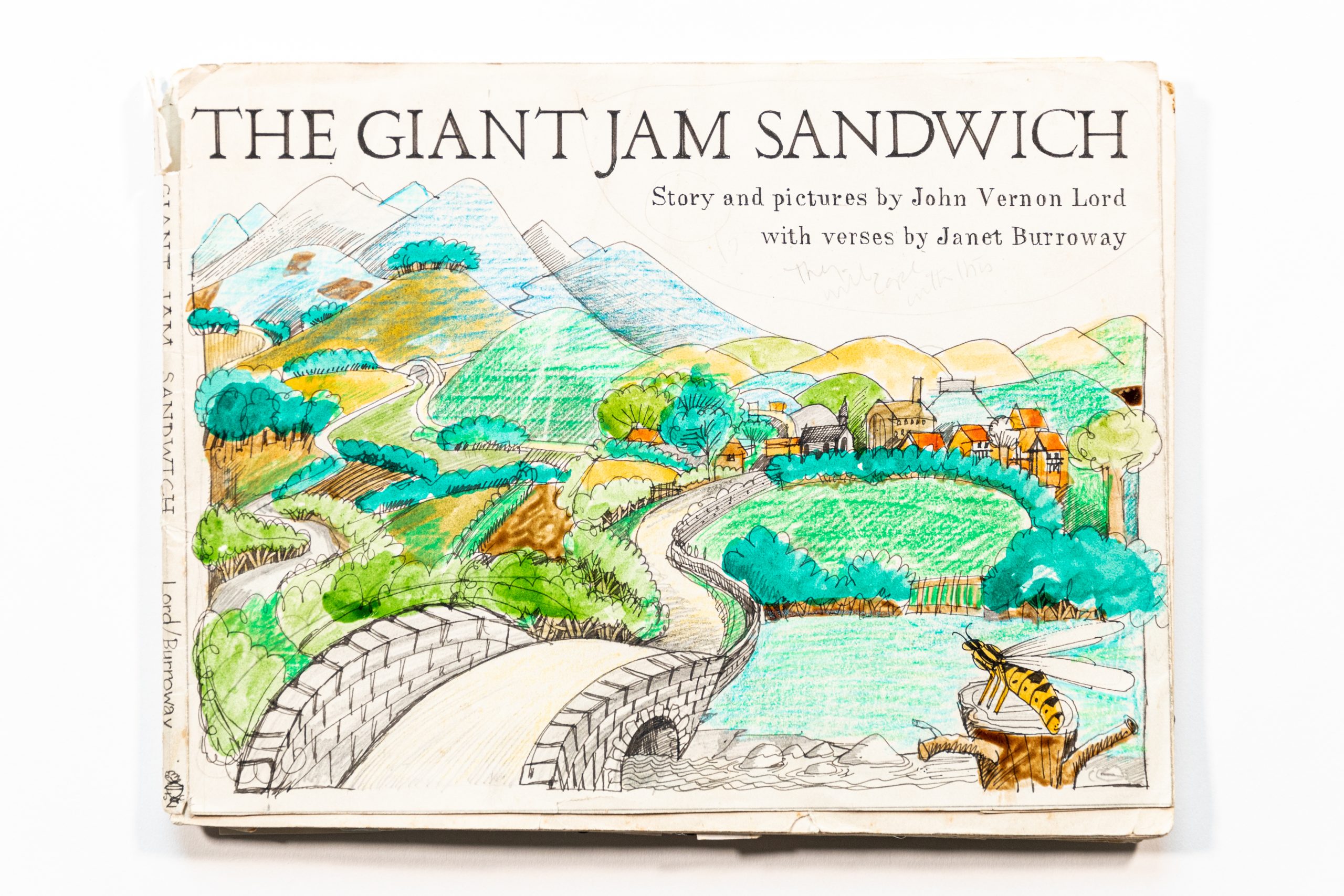