Kitching in Ditchling: The London Series

Inspired by the bold and spirited typography of Hilary Pepler, contemporary letterpress maestro Alan Kitching presents Kitching in Ditchling: The London Series in the William + Margaret Rowling Gallery to accompany Disruption, Devotion + Distributism. Alan Kitching has spent most of his professional life in London, exploring and enjoying its iconic landmarks as well as its more obscure nooks and crannies. His new series with Karoline Newman ‘Alan Kitching’s A to Z of London’ captures his favourite haunts in the capital, marrying the individual letters of the alphabet with its significant buildings, monuments, sports grounds and retailers. The 26 prints will be accompanied by a number of Kitching’s other prints that celebrate the capital.

Alan Kitching is one of the world’s foremost practitioners of letterpress typographic design and printmaking. He is renowned for his expressive use of wood and metal letterforms in creating visuals for commissions and limited-edition prints. He values the slow articulation of letterpress much as Pepler and Gill did, rejecting the speed and dispensability of modern technology and reveling in the simple joys of making.

Alan Kitching will be in residence working on Pepler’s Stanhope Press from Tuesday 24th – Saturday 28th March 2020. You can also join him for his talk Kitching in Ditchling on Thursday 26th March. On Wed 25th March he will run a masterclass. 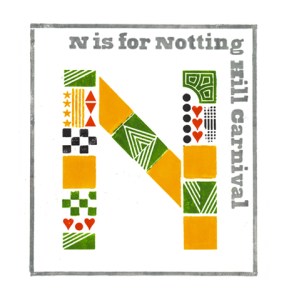