Friends for many years John and Chris have lots to talk about. As John says; “Chris is very good at making conversation”… so join them for a pre-recorded chat at the museum where they will talk about their careers, their influences and why John is never seen without his trusty stopwatch.

The talk will be followed by a live Q&A with John.

Chris Riddell OBE was John Vernon Lord’s student at Brighton Polytechnic, and has gone on to have an incredible career as a children’s author and political cartoonist. He has won three Nestlé Smarties Book Prizes, three Kate Greenaway Medals as well as the British librarians’ annual award. On 9 June 2015, he was appointed the UK Children’s Laureate. He has worked as the Observer’s political cartoonist since 1995. 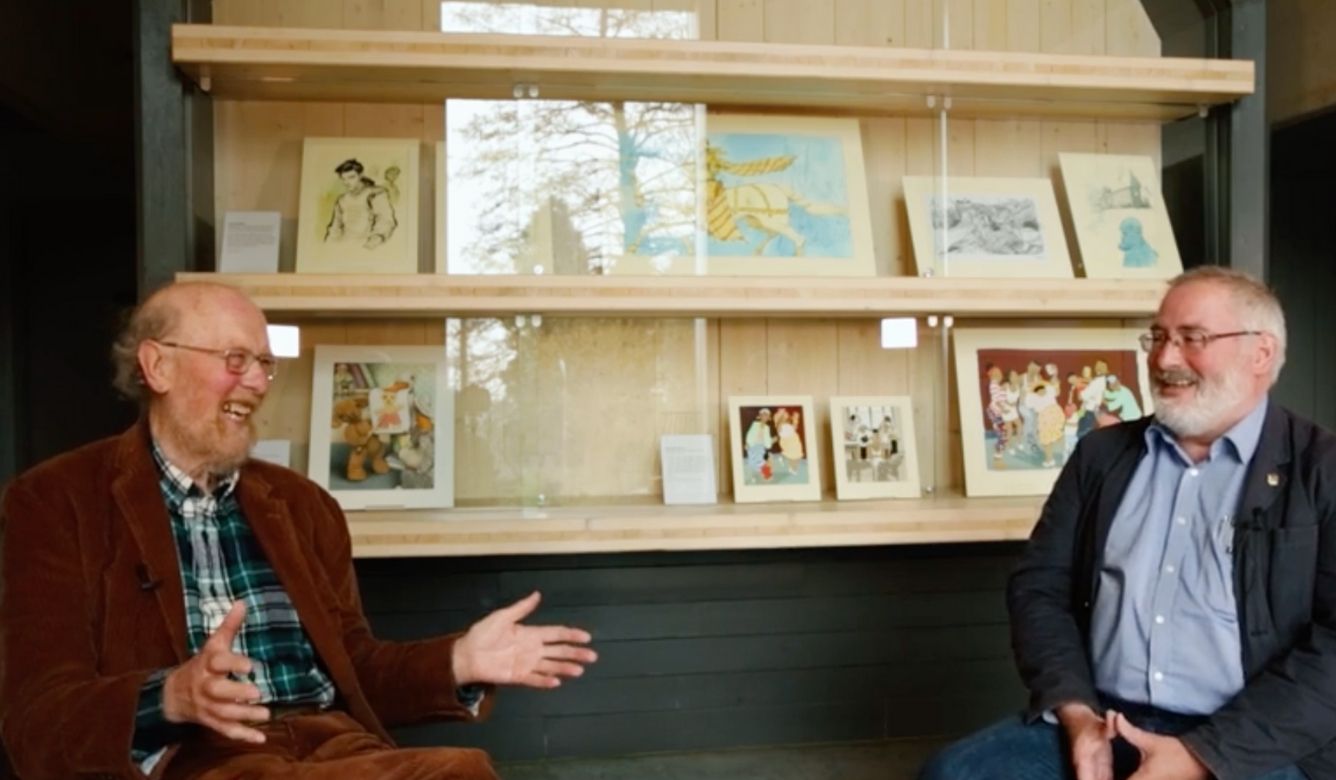