Eight mural panels by Sir Frank Brangwyn RA (1867 – 1956) will go on public display for the first time at Ditchling Museum of Art + Craft. Each panel is over two and a half metres high and they will be displayed over 10 metres and span from floor to ceiling in a remarkable new exhibition. The large-scale paintings were commissioned by The Skinners’ Company between 1901 and 1912 for Skinners’ Hall in London and depict the history of the City of London Guild.

The museum will play host to the panels while Skinners’ Hall undergoes restoration work, offering the public a unique opportunity to see these colossal works of art in the village Brangwyn called home. The panels, which are usually set above a ten-foot-high wainscot in The Skinners’ Company banqueting hall, will be presented in a new context, hung at eye-level within the intimate setting of the museum.

The exhibition brings together eight of Brangwyn’s remarkable murals for The Skinners’ Company (1901-1912), alongside his etchings and photographic studies for these and other major commissions including the British Empire murals (1925-32) and New York City’s Rockefeller murals (1930-34) in which he used Ditchling villagers as models.

Brangwyn owned property in Ditchling from 1917 until his death in 1956 and the exhibition will also provide context for his time spent in the village’s thriving artist community, displaying his etchings and photographic studies, ceramics and furniture alongside works by his peers including Ethel Mairet, Amy Sawyer, Charles Knight, Louis Ginnett, Hilary Pepler and Edward Johnston. 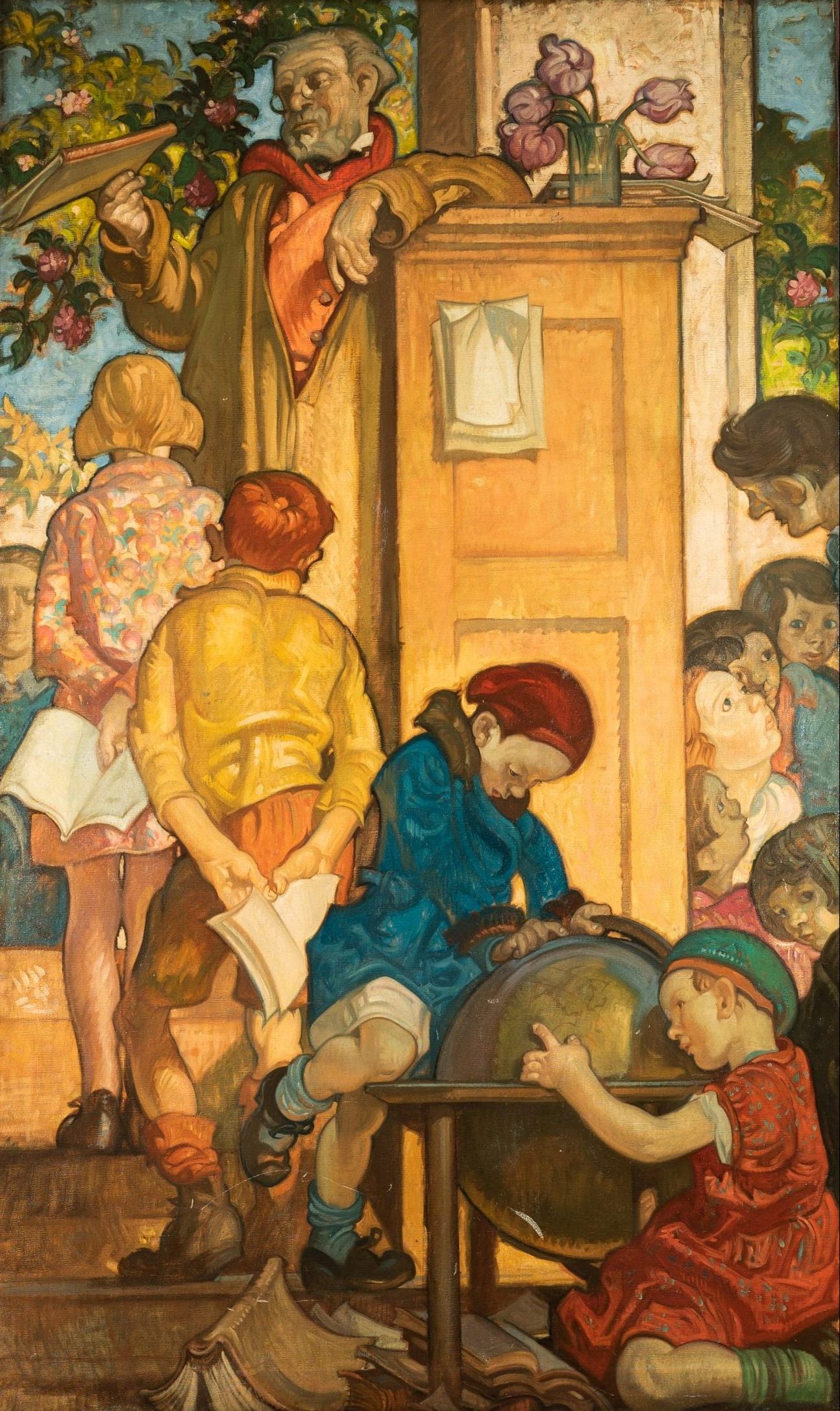