Corita Kent: Get With The Action

The ground-breaking work of Corita Kent (1918-1986) comes to Ditchling Museum of Art + Craft this summer. Corita was an artist, a famously charismatic educator and a Roman Catholic nun based in Los Angeles during the 1960s. A contemporary of Andy Warhol and Ed Ruscha, her vibrant screenprinted banners and posters drew on pop and modern consumer cultures and became increasingly political throughout the decade. Her bright, bold work confronted issues of poverty, racism and war with an aesthetic more aligned with protest movements of the time than traditional religious imagery. Frequently appearing on the streets surrounding the Immaculate Heart College in Los Angeles, where she taught, Kent’s imagery aimed to capture the public imagination in order to influence social change.

To accompany the exhibition, Ditchling Museum of Art + Craft has invited leading international designer Morag Myerscough and Luke Morgan to take over the museum’s Wunderkammer in a surprise visual display. The installation will sit alongside their interactive kinetic installation Sign Machine (2016), which invites visitors to sit on a swing structure that in turn revolves signs and objects adorning its crown.

Corita Kent: Get With The Action is featured as part of the Brighton Festival programme throughout May and beyond. The programme also includes an exciting project co-commissioned by Brighton Festival and Ditchling Museum of Art + Craft: Belonging is a community partnership that will see a mobile bandstand created by Morag Myerscough touring Sussex throughout the summer – find out more about the project here. 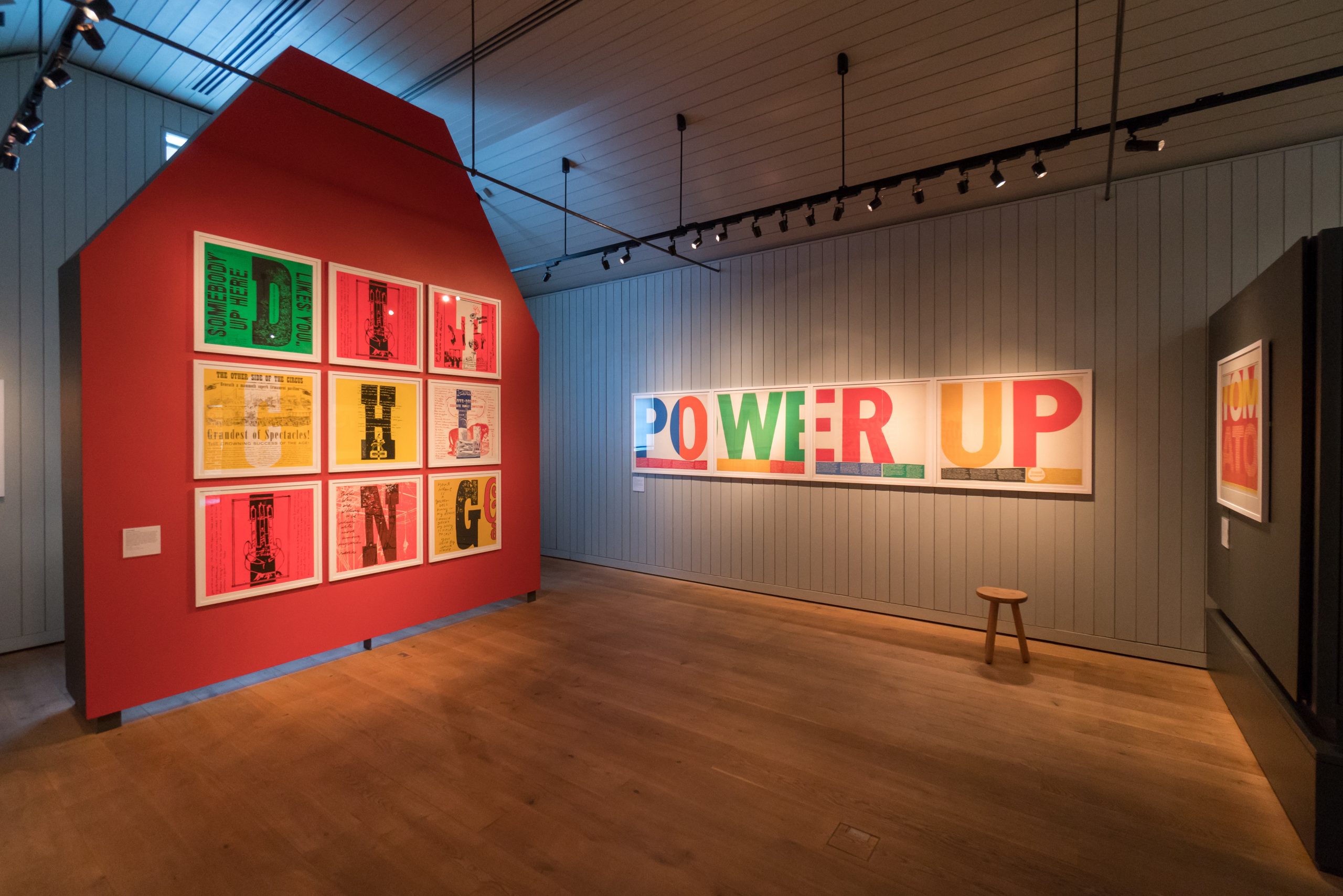