Accompanying our exhibition Corita Kent: Get With the Action, Ditchling Museum of Art + Craft has invited leading international designer Morag Myerscough and Luke Morgan to take over the museum’s Wunderkammer in a surprise visual display. The show connects to Myerscough’s Belonging project touring Sussex and will sit alongside their interactive kinetic installation Sign Machine (2016), which will be updated for the show; the structure invites visitors to sit on a swing that in turn revolves signs and objects adorning its crown.

The concept of ‘belonging’ is a broad notion that contains many meanings for different people, and as such the two artists’ will explore its interpretation from different angles through a collection of objects and signs.

Myerscough has talked about what ‘belonging’ means over many years and the issue is becoming more pertinent to her work (she most recently spoke about the concept in Cape Town at the beginning of 2018). She often works with community groups to develop ideas that reflect the identity of the participants, drawing on shared cultural history and heritage of the local area. These collaborations have resulted in some vivid permanent installations in hospitals, schools and libraries.

Luke Morgan’s punk aesthetic is revealed through his work which explores both found materials in the form of words and their meanings, found language, graffiti, and the idea of embracing the wildness in both large and small scale pieces. His paintings connect with his neon light sculptures and Elvis fans, that in turn hark back to his varied experiences as an 80’s psychobilly musician and devotee of a 50’s aesthetic.

Morag set up SupergroupLondon with Luke Morgan in 2010 and they collaborate on many structural art projects. 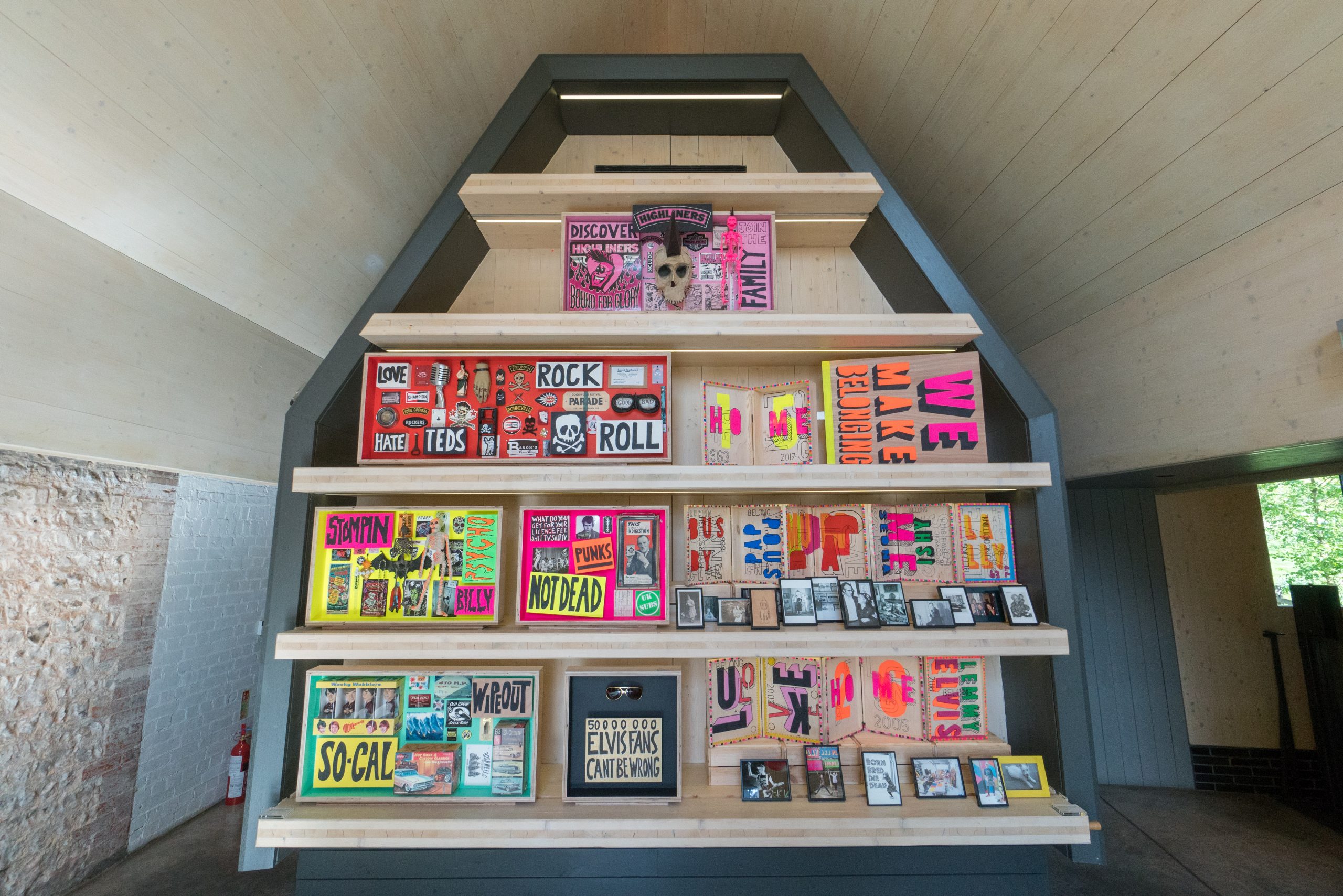