HRH The Duchess of Cornwall extends her Presidency 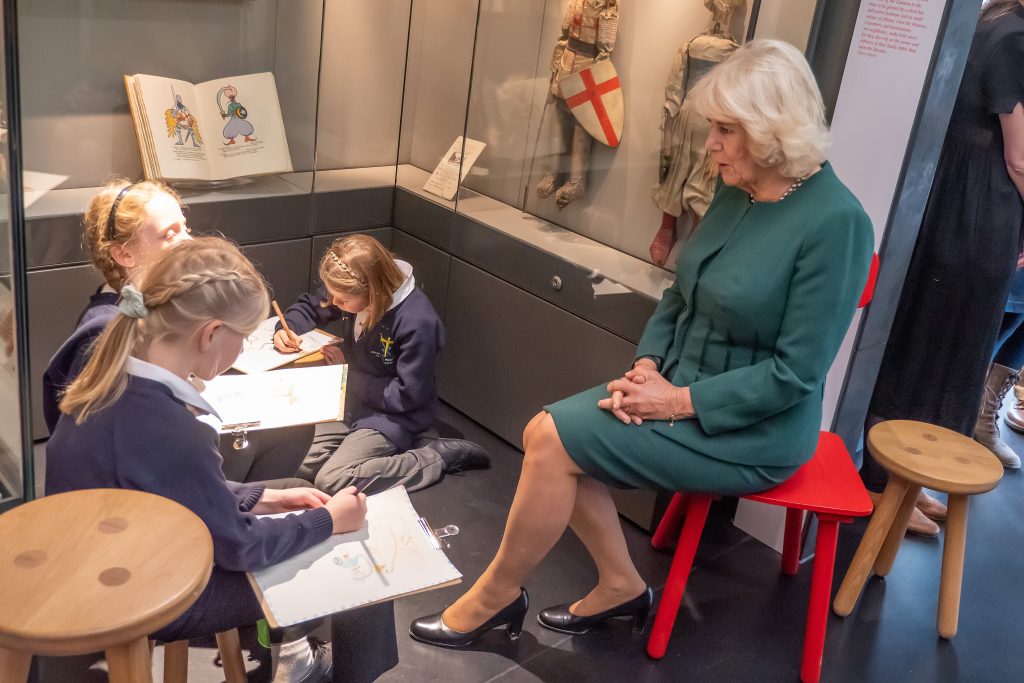 Ditchling Museum of Art + Craft is pleased to announce that Her Royal Highness The Duchess of Cornwall has extended her term as President of the museum.

HRH The Duchess of Cornwall has been president of the charity since 2006. During this time, The Duchess has shown strong support for the museum, which tells the story of the craftspeople who made Ditchling a creative hub in the 20th century.

In October 2019, Her Royal Highness visited Ditchling Museum of Art + Craft, meeting staff, volunteers, artists and local school children. This was her second visit to the museum since its extensive redevelopment in 2014.

As a child, Her Royal Highness attended nearby Dumbrells School with Jenny KilBride, a former member of the Guild of St Joseph and St Dominic, the Roman Catholic community of artists whose work sits at the heart of the museum’s internationally significant collection.

Today, the museum welcomes over 15,000 visitors a year, whilst maintaining a commitment to continuing craft tradition through hands on opportunities for all ages and supporting people at risk of social isolation in the rural community through engaging outreach projects.

Of the news that The Duchess of Cornwall has extended her Presidency of Ditchling Museum of Art + Craft, Chair of the Trustees Professor Carol Watts, said:

We are honoured that Her Royal Highness has confirmed a further term as our President. These are challenging times, and this continuing affirmation of her support and connection to Ditchling is enormously valued. We look forward to sharing with her the next exciting steps in the museum’s creative mission.