Ethel Mairet was a pioneer of the twentieth century modern craft revival in Britain, breathing new life into the almost extinct crafts of handloom weaving and natural dyeing in Britain. Visited by Gandhi in 1914, and the first female Royal Designer for Industry (RDI) in 1939, she was described by Japanese master potter Shoji Hamada as ‘the mother of hand-weaving’.

Mairet made her first experiments with weaving and dyeing in 1909 in Chipping Camden. She studied vegetable dyes in the Bodleian Library, Oxford and is said to have travelled to the Lake District to learn weaving during this period. Her knowledge of dyes and mordants were likely compounded by her father (a chemist) and her first husband Ananda Coomaraswamy (a botanist). Aside from some rudimentary lessons in Ceylon (now Sri Lanka) and the British Isles, Ethel Mairet was self-taught as a weaver, spinner and dyer.

When she visited Ditchling in 1916, she was so enthralled by the village and its community of craftspeople, that she decided to join them. Mairet designed a house with a workshop, where she could continue her experiments with weaving and develop new recipes for organic dyes. The house, named Gospels, was completed in 1921, and Mairet lived there with her second husband Philip Mairet, until her death in 1952.

Gospels established a worldwide reputation as a centre for experimentation in textile design, some 130 would-be weavers and dyers worked there as Mairet’s apprentices or assistants. Several of her apprentices went on to become influential textile designers in their own right, such as Marianne Straub and Peter Collingwood. 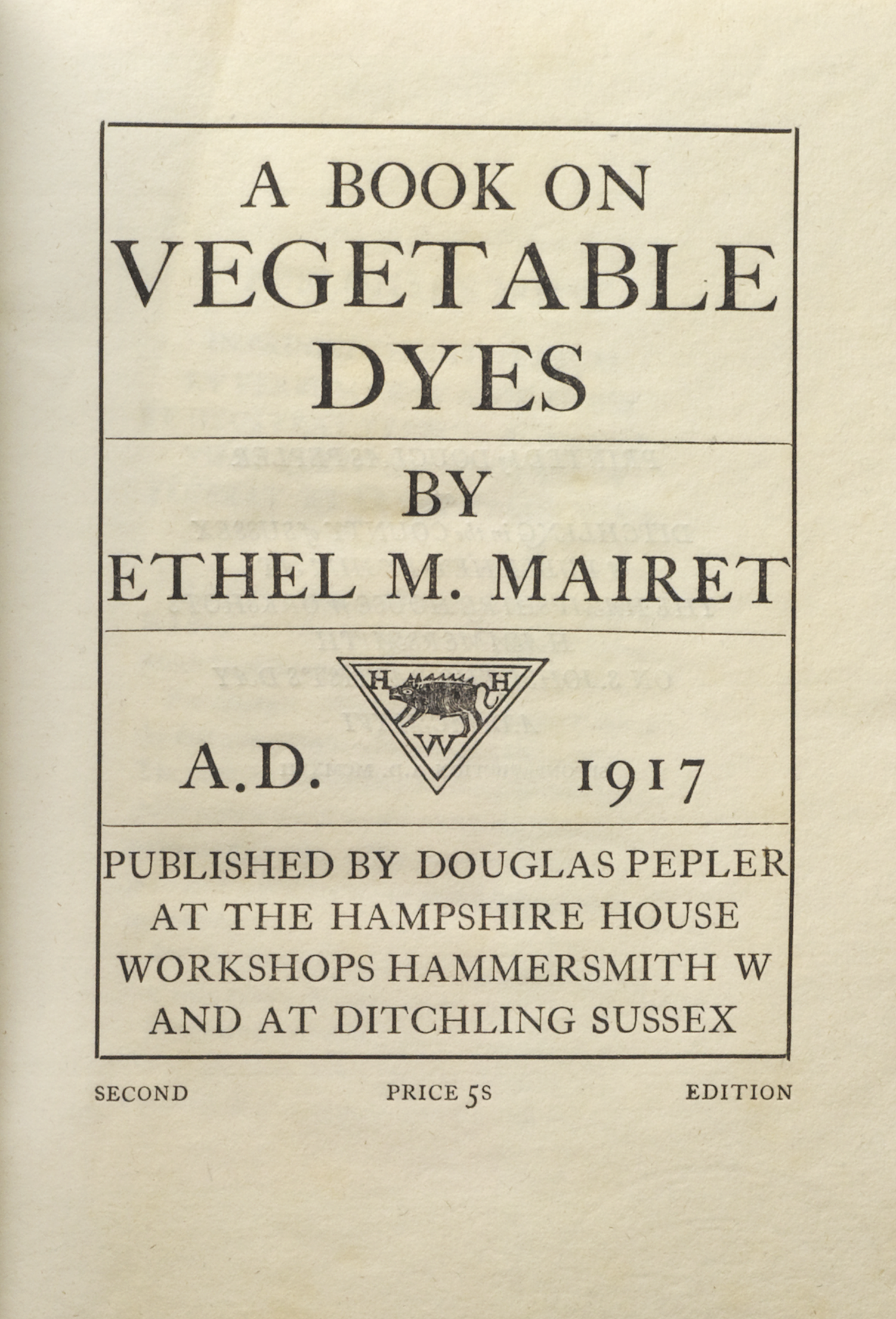 That legacy continues today, with craftspeople across the globe inspired by Mairet’s seminal publication A Book on Vegetable Dyes.

Ditchling Museum of Art + Craft is dedicated to keeping the spirit of traditional craft alive, so we invited Jenny Dean, one of the country’s foremost natural dye practitioners, to lead two year-long courses on the subject in 2018 and 2019. Under her tutelage, students learnt how to prepare and use dyes from natural materials to dye both animal and vegetable fibres, and grow, harvest and prepare their own plants for dyeing.

We’ve invited some of those students to share their favourite dyes with us today and reflect on the many women who have inspired their practice along the way. Follow along on Instagram and be sure to visit the blog on International Women’s Day (Monday 8th March) to read a piece by Jenny Dean, the modern mother of natural dyeing.