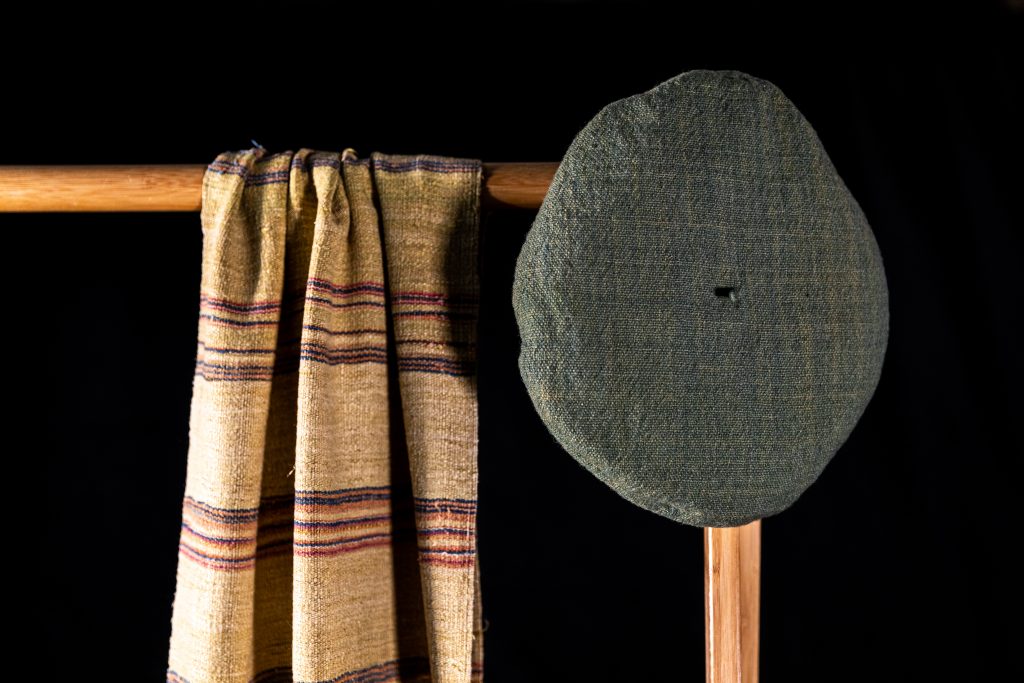 How to keep stylishly warm this winter? Luxuriate in this silk scarf by Petra Gill and jaunty wool beret by Ethel Mairet, both hand woven and dyed with plants at Mrs Mairet’s famous ‘Gospels’ home and workshop in Ditchling in the 1920s. The eri silk used in Petra’s scarf was imported from Assam. 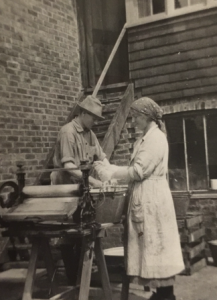 Here, from Mrs Mairet’s photograph album in the museum collection, are Valentine KilBride (her only paid apprentice) and Petra. During the early 1920s the pair could be found in the dye shed at Gospels, stirring up wonderful colours in enormous vats in a bid to perfect recipes for another edition of Mrs Mairet’s A Book on Vegetable Dyes.

We know very little about Mrs Mairet’s green beret apart from it being made from an offcut from a larger garment, but what we do know is that she was the real deal. A self taught hand weaver and natural dyer, she moved to Ditchling 1917. Hugely influenced by William Morris, she had also been part of CR Ashbee’s craft circle in the West Country. Nowadays we would probably think of Gospels as a (rather grand) ‘live work’ premises and it really was very much a lively and creative hub for those serious in making a living from hand produced textiles. Not only did Mrs Mairet run weaving and dyeing courses from there, she used the main room which housed the enormous looms as a shop, selling textiles produced onsite and from other countries, as well as showcasing the work of upcoming craftspeople such as the potter Michael Cardew and block printers Barron & Larcher. 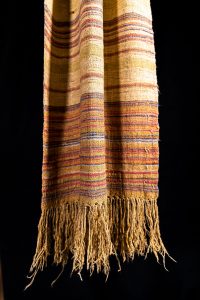 Japanese potter, Shoji Hamada stayed at Gospels in the 1920s, describing it as ‘almost too good. It is not just a matter of taste, and it is not enough to say the house has such good taste. It starts from somewhere far from the limits of taste. Everything is wrapped up in the warmth of the host’s heart. I can recall it only now, but back then I was too enchanted to be attentive’.

Mairet was the embodiment of the second wave arts and crafts movement with her commitment to teaching her craft to a new generation – in her case, at Brighton Art School and at Gospels – and by engaging with industry on her own terms, not looking to turn back the clock, she used her knowledge of handlooms to advise textile manufacturers. It was this engagement with modernity that kept her relevant and she was the first woman to receive Royal Designer for Industry in 1937. Internationally respected, she continued to live in Ditchling, making work, exhibiting and selling until her death in 1952.

#ObjectStories are short and sweet titbits written by the museum’s Curator Donna Steele. Each fortnight we’ll share another gem from our renowned collection.⁠