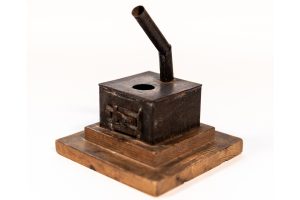 Feeling the winter chill? Come and sit by the fire.

This tiny model stove was made by Edward Johnston for his daughters to play with. His fondness for snipping up old tins to make toys and gadgets is borne out in this note from his friend and neighbour Gerard Meynell, the printer from Westminster Press, ‘dear sir, I enclose two tobacco tins. Please make me a telescope and a motor bicycle’.

In Priscilla Johnston’s 1959 biography of her father, she wrote, ‘the wonder and richness of these toys was indescribable…He brought to such work the same meticulous and loving craftsmanship with which he wrote a manuscript, his toys were as near perfection as he could make them.’

This exquisite miniature stove is understood to be in full working order and it may have been inspired by a similar looking ‘Klondike’ stove that he and his cousin Neil MacInnes used during a camping trip to Salt Spring Island, Canada in 1898. 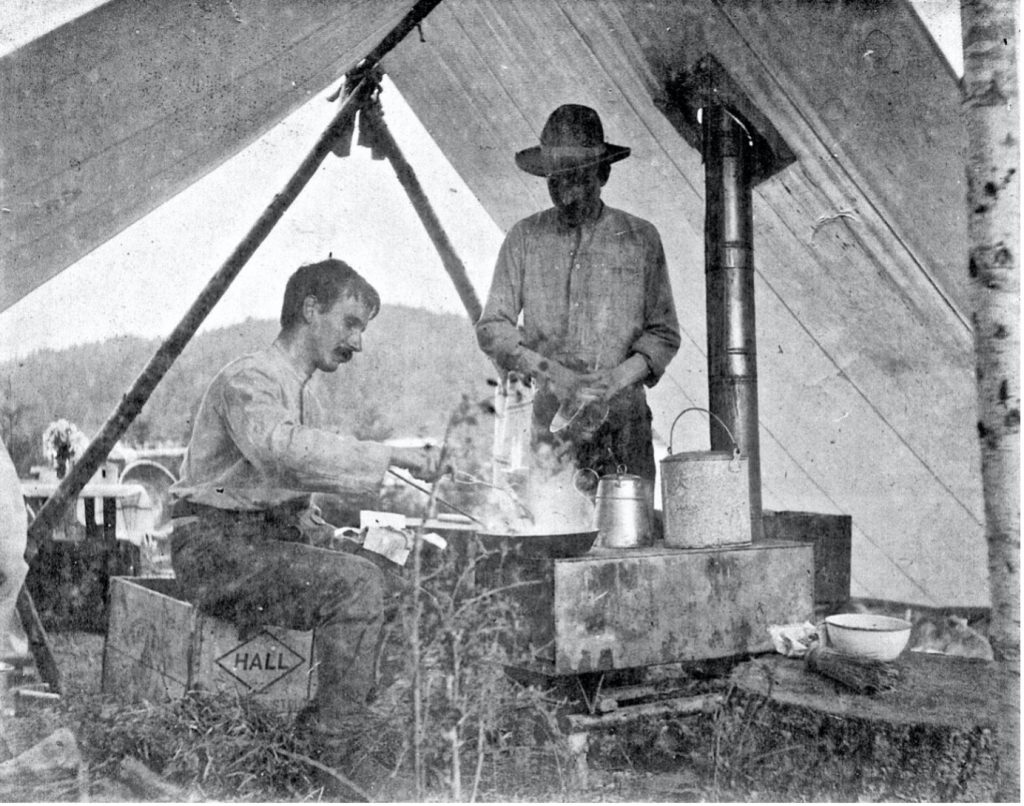 Considering Johnston’s claustrophobic childhood, this was a particularly life changing trip. After his mother died, and his father remarried, he was brought up by his Aunt Maggie who was terrified of germs and kept him confined in the house with the windows and doors firmly shut all year round. His health was described as ‘delicate’.

It is in this context that the trip must have felt particularly dangerous to Aunt Maggie – from Dover Johnston wrote to her, ‘As to taking care of myself – it is very sweet of you to beg me so, but I take what I consider conscientious care of myself & can’t do more, whatever you may think.’

The 26 year old Johnston, with a new lust for life and a spring in his step, was absolutely enthralled by Salt Spring Island and the business of survival, and positively thrived in this environment. He was particularly enamoured by their Klondike cooking stove, drawing detailed annotated pictures of it and writing, ‘In a minute or two after lighting the stove, the fire begins to roar up the pipe (at night we can see it shooting out a foot or more above the chimney top) and in a short time most parts of the stove are red hot.  It is made of thin sheet iron with no pan-holes so that the top has become somewhat buckled with the heat and we can get water that is really boiling in a very few minutes from the time of lighting. When in full blast the stove literally puffs like a little steam engine.’ 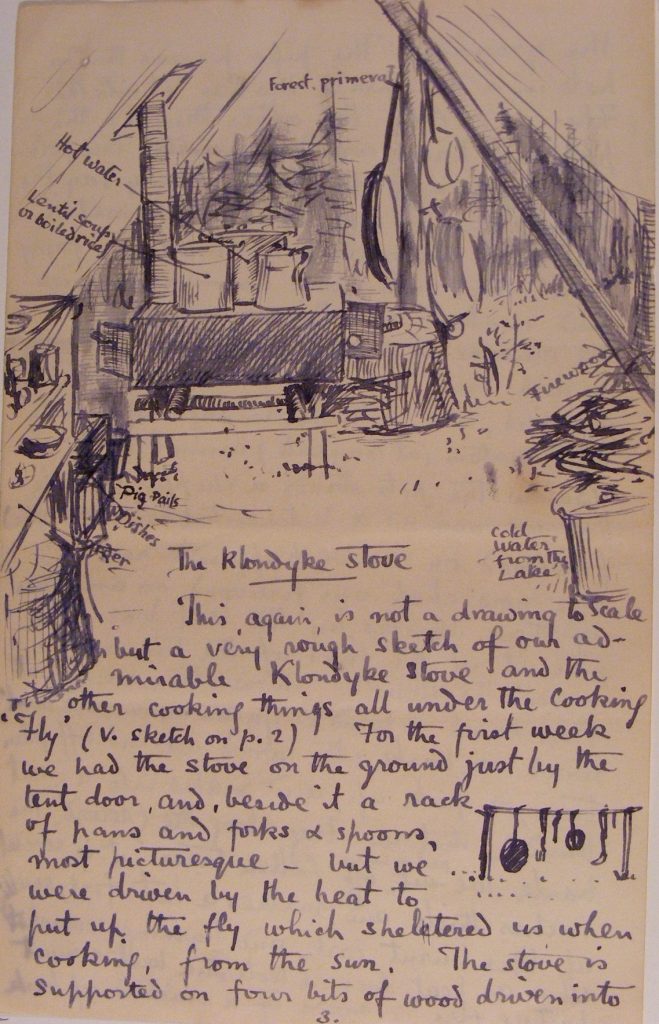 He even documented his feelings about the stove when he was leaving the island after a month. ‘It may be considered weak to dwell so fondly on a mere cooking stove, but I cannot help being fond of fires & hearths and grates and even stoves when they are pretty and good, and when I think of this stove and remember that it has been as good as it is pretty, I have quite a warm feeling for it, and write these, in sadness, as a memoir knowing that this warm-hearted, biddable & gentle thing must be left behind to pine away and rust in chilly Canada.’

#ObjectStories are short and sweet tidbits written by the museum’s Curator Donna Steele. Each fortnight we’ll share another gem from our renowned collection.⁠